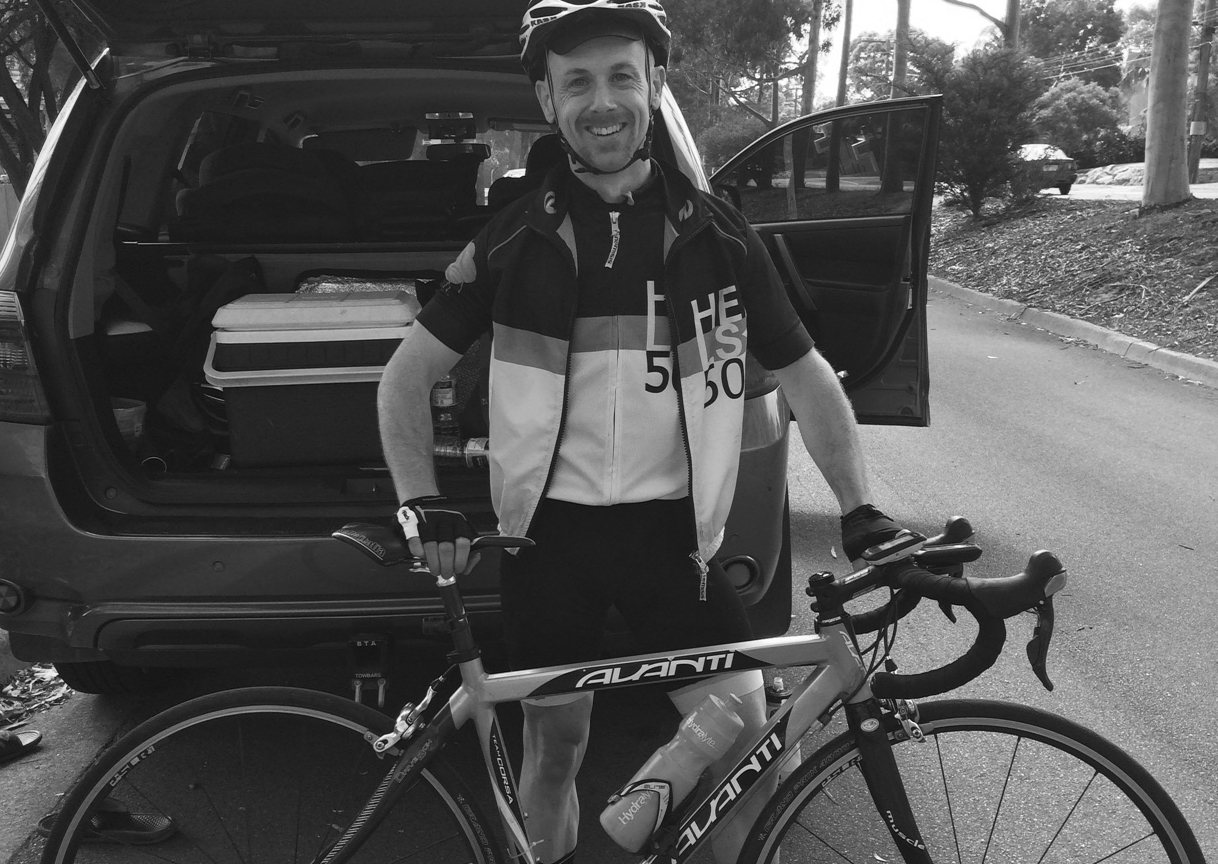 I’d done an Everesting.  I didn’t think I was going to do another.  “Been there, done that” – you know the drill.  Then one day on a solo training ride, I got to thinking whether the road I was training on could be Everested.  I was cutting repeats on Jells Rd, Wheelers Hill in Melbourne, known on Strava as Horrible Hill.  This sucker is 300m long, 47m vert at average 12% and mostly at 16%.

…the seed was planted.

Then I heard a serial Everester had declared that if there was a hill around that couldn’t be Everested, it was Horrible Hill.

…the seed had sprouted.

…the seedling was growing fast

After a couple of recon rides doing 20-40% of the Everesting distance, I realised that I could do this.  And I could do it FAST.  There was only one speed up this hill – any slower and you’d fall over.  And even at that speed, the vert simply piled on.  The big question was “can I keep pushing that hard for 8848m?”.  Even on 34/28 I was down below 50rpm and that’s not my sweet spot.

….the Frankenbike was born

With the help of mates, I managed to pimp my training bike into a Horrible Hill conquering beast.  Instead of the normal 50/34 crankset, I ran a single 32T chainring on MTB cranks.  Instead of the normal 11-28 cassette, I just put the top 3 sprockets off a 12-30 cassette on.  The 30T worked OK, but I couldn’t change gears.  No problem there… I didn’t need to.  One gear for the climb, and bomb the descent @ 70kph just using gravity.  Other mods for the ride:
– Front mech…. don’t need that when you only have one chainring
– Tool kit and pump…. leave them in the car – it’s never more than 300m away and always down the hill!
– Bottle cages….. one is enough when each repeat only takes 4mins !
– Lights….. Bah ! I’ve got street lights
– Brakes…. fresh pads please, I’ve got 200 or more stops from 70kph -> dead stop to get through
The ride was a dream.  Started at dusk, and racked up nearly 1000m vert every hour.  In the middle of the night I started thinking about going for 10,000m.  An hour later I’d given up on the idea as my body decided it would prefer to go bed. But by dawn I was close to 8848m and I was feeling good again.  Mates had arrived.  Mum had arrived.  The sun was up.  In a few hours a house on the street was going to be auctioned and I didn’t want to still be there when the crowds arrived!

Proud yet exhausted, I packed my trusty steed back into the car, and headed home for a much needed sleep.  That was one hell of a night.

3 thoughts on “The Limit: Horrible Hill”